Had the odd experience of stumbling across my own blog in a Google search result the other night.

This post from five years ago. I was curious about the actual paddling distance from Marshall to Hog Island. Things were different back in July 2007. We had one son, he was too young for the trip. I ate oysters. 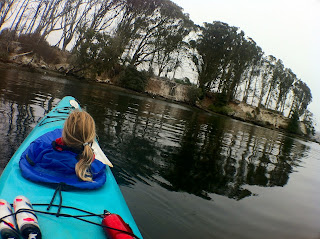 A full year since my last post. One of these will necessarily be the last entry in my ship's log. Only instead of some doomed vessel, I'm wandering through my good mid-life. Still eating and drinking well, probably even have as much to say about it.


Blogger seems to have fixed a bunch of what ailed it since my last visit. They've tidied up, now I can't find anything.
Posted by Unknown at 8:48 PM 5 comments:

Email ThisBlogThis!Share to TwitterShare to FacebookShare to Pinterest
Labels: catching up, hog island

If you're like me, and your fridge has several jars of this and that that concocted for cocktails that you never got around to mixing, and you happened to score a jar of my buddah's hand syrup last Christmas, this post is for you. Turns out a 1:1 cocktail of that syrup, your rum of choice, the juice of one lime, and seltzer (to taste) is pretty good - even a little exotic. 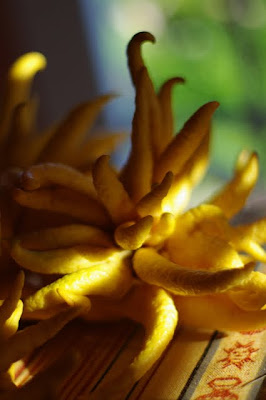 Posted by Unknown at 8:31 PM No comments:

An Overdue Entry On the Sazerac Cocktail

I was on my own for a night in New York a few weeks ago and ate at Quality Meats. Waiting for my table to open up, I asked the bartender if he could do a Sazerac. He said he couldn't. "Don't have any rye." In a restaurant paneled with wood recovered from the Mississippi, there wasn't a single rye whiskey. Still, I had to appreciate his commitment to orthodoxy.

The history of the Sazerac cocktail is rich with speculation, old New Orleans establishments and family names, and an evolving ingredient list that sees French colonial influence giving way to American rusticism in the wake of the phylloxera epidemic that struck France in the late 1800s. Cognac replaced with Rye whiskey.

Other folks have outlined that territory more credibly than I can, even if everybody leans heavily on Wikipedia's Sazerac article for their narrative arc. With two trips to New Orleans under my belt, I didn't have my first Sazerac until last year at San Jose's Fairmont hotel. What I've been mixing up since last fall ignores a lot of Sazerac orthodoxy anyhow.

I've settled on a version of Esquire's recipe using Old Overholt Rye, a simple sugar made with Dark Muscovado, Peychaud Bitters, and St. George's Absinthe. I was looking forward to trying this with the Corsair Rye (Corsair's product page, K&L's product page or blog) we picked up a couple of weeks ago, but it was a non-starter. The flavor a mis-match. You can make the drink with any old bourbon in a pinch. You can use Angostoura bitters. In either variation it will be tasty, but it will not be a Sazerac.
Posted by Unknown at 7:58 PM 2 comments:

Not These; Not These Either

A couple of weeks before the holidays, the baked goods and other sweets start to amass in our house. I have what you might describe as either a typically male or typically oafish relationship to these goods as they emerge from the oven. "Mine." Or maybe, "Fair game." These however we're not. 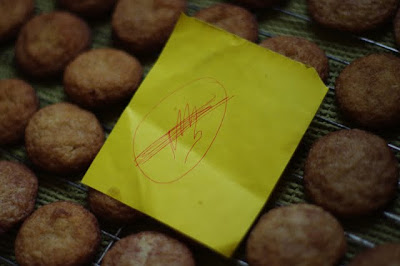 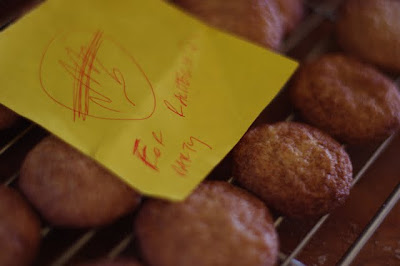 Posted by Unknown at 6:42 AM No comments: